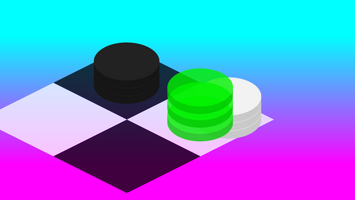 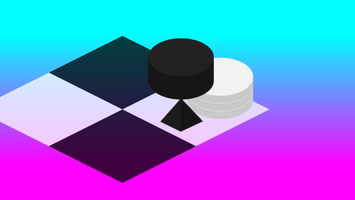 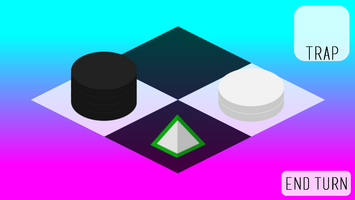 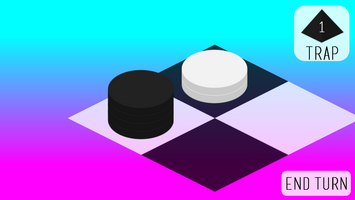 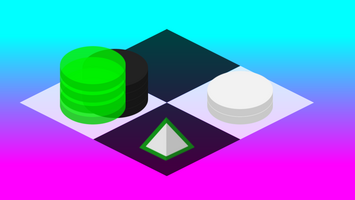 Finally this ass game is done. I've been working on it for way, way too long now, since about February of this year. Considering how small the game is it shouldn't have taken this long. Sure I wasn't working on it all the time, of course, and I had exams this year but to be finishing it in October is a bit wild.

ST△CKSS started life with me thinking of whether a chess game with four tiles could be done. I found a prototype of it from last year called 'Fourss'; it was super ugly and it didn't work at all. I severely underestimated how to make a  chess-based game back then, so going back into it this year was much clearer. Obviously ST△CKSS varies wildly from actual chess, but the similarities are still visible. I'm not sure where the traps and stacks exactly came from, I guess I just thought having such a restricted playing field meant to the requirements for winning would be on an almost points-based system.

This is definitely my most polished and best-looking game I've made so far. It's a bit annoying that the game doesn't scale well past 720p because that's the resolution I made all the assets at but changing it all would be hell. But I love all the weird flourishes like the bouncing stacks that tells you where you can place your stack, and the animations for pieces swapping over. Even though it was a pain I'm super happy about how they turned out.

Making a game that is a local two-player versus made it pretty hard to tell whether what I was making actually worked. Fortunately it does, after a one-time test I did with a friend back in April, but up until that point I was sort of guessing the design and hoping the effect would be mind games between the two players. Since the game is local two-player, its reach and appeal is probably going to be... very limited. If you like chess and bright colours, then sure! But even I don't like chess, so, that's a pretty small demographic.

Really I'm just glad to have this weird game out of my system.

A chess-like strategy game with traps and stacks.